President Donald Trump floated delaying the November presidential election — which he can’t do — warning that mail-in voting will create a “fraudulent election.”

President Donald Trump on Thursday suggested delaying the November presidential election while baselessly warning that mail-in voting will lead to “the most inaccurate and fraudulent election in history.”

“It will be a great embarrassment to the USA,” he tweeted. “Delay the Election until people can properly, securely and safely vote???”

States are increasingly offering mail-in ballots due to concerns related to the coronavirus pandemic, but Trump has repeatedly tried to dissuade people from voting by mail, claiming — without any supporting evidence — that it will lead to voter fraud.

Trump has no power over the election schedule; moving it would require changing federal law. The Constitution states the exact date and time when a president and vice president’s term ends. There is no clause that would allow a president to remain in office beyond that date, which is the Jan. 20 following the presidential election.

Trump’s urging came on the heels of the release of dire new economic figures from the Commerce Department, which showed that the U.S. economy shrank by 33% in the April-June quarter — the worst quarterly plunge ever. 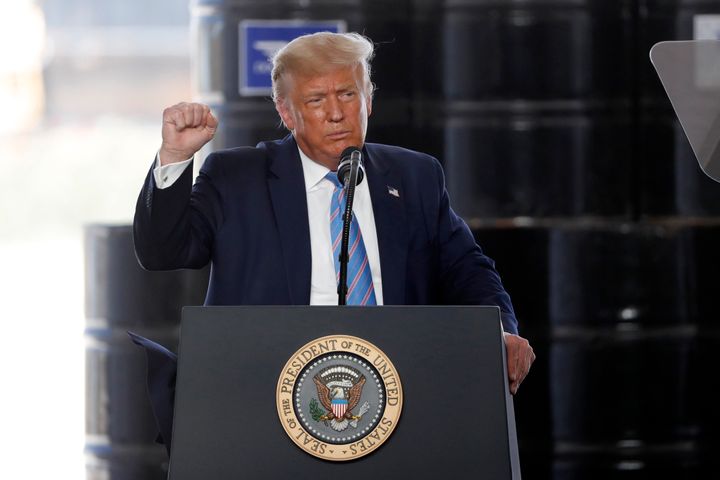 ASSOCIATED PRESS President Donald Trump, seen Wednesday, has suggested delaying the November presidential election due to his own baseless concerns about mail-in voting. His comments come as he trails in the polls with fewer than 100 days until the election.

There are fewer than 100 days until the election, and Trump is trailing badly in the polls.

His likely Democratic challenger, former Vice President Joe Biden, has previously suggested that Trump may try to delay the election in an effort to win.

“I think he is gonna try to kick back the election somehow, come up with some rationale why it can’t be held,” Biden told supporters in April. 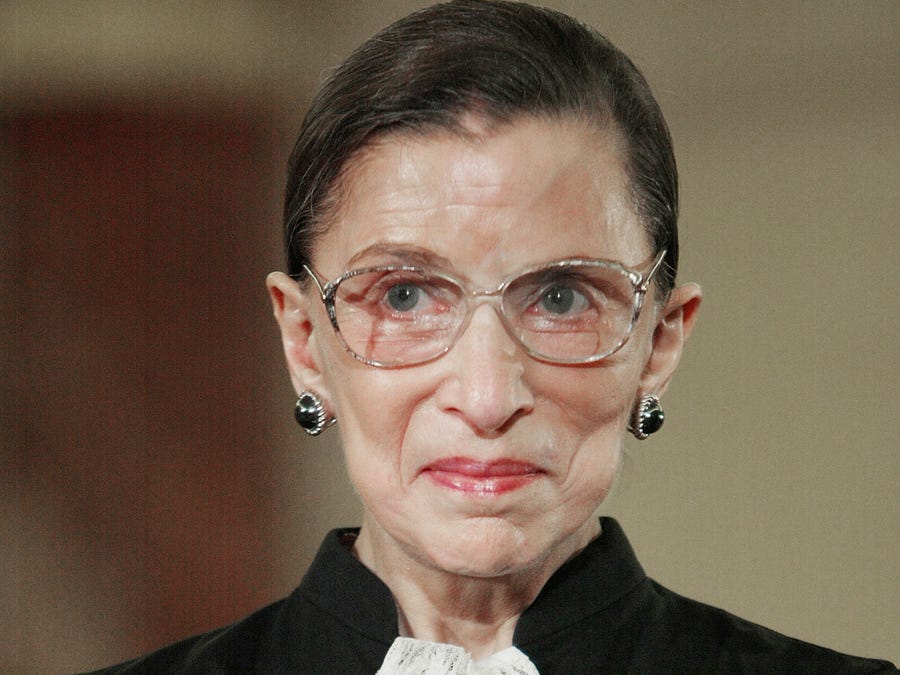 Justice Ruth Bader Ginsburg has undergone a nonsurgical medical procedure in New York City and expects to be released from a hospital there by the end of the week, the Supreme Court said Wednesday night.

The court said in a statement that the 87-year-old Ginsburg underwent a minimally invasive procedure to “revise a bile duct stent” at Memorial Sloan Kettering Cancer Center. The stent had originally been placed last August, when Ginsburg was treated for a cancerous tumor on her pancreas.

The statement said that, according to Ginsburg's doctors, “stent revisions are common occurrences and the procedure, performed using endoscopy and medical imaging guidance, was done to minimize the risk of future infection.”

The procedure follows another one earlier this month at Johns Hopkins Hospital in Baltimore to clean out the stent. Ginsburg had gone to the hospital after experiencing fever and chills and was treated for a possible infection.

The statement from the court Wednesday said that Ginsburg “is resting comfortably and expects to be released from the hospital by the end of the week.”

Ginsburg, the oldest justice on the nine-member court, announced earlier this month that she is receiving chemotherapy for a recurrence of cancer. The liberal justice, who has had four earlier bouts with cancer, said her treatment so far has succeeded in reducing lesions on her liver.

President Trump used a White House press briefing on Tuesday to wonder aloud why he was less liked than Dr. Anthony Fauci, a prominent member of the White House coronavirus task force.

“Nobody likes me,” the president said in a rare moment of self-reflection. “It can only be my personality, that's all.” The lament came on the same day that the nation surpassed the grim benchmark of 150,000 deaths as a result of the worsening pandemic.

Trump has long been at odds with Fauci, who is the director of the National Institute of Allergy and Infectious Diseases at the National Institutes of Health. A veteran of the battle to find a cure for HIV/AIDS, Fauci is now serving his sixth president. And though he is adept at protecting his domain, he has lately been forced to navigate a political climate in which science and expertise have been treated with profound suspicion. Trump’s approval rating has suffered from what critics have described as an erratic and inattentive handling of the pandemic. That approval rating now stands at about 40 percent, a dangerously low number for a president seeking reelection.

Fauci, by contrast, is not an elected official, but his frank assessments of the pandemic, delivered in a strong Brooklyn accent, have earned him public affec

Read more: Trump complains that Americans like Fauci more than him